What Is a DDoS Attack and How Does It Work?

Running a website doesn’t only mean uploading content and bringing customers. There are other alternative methods that every website manager must follow to last longer on the web. In a few years, problems related to bot and SQL attacks have become widespread. Many people driving their business online are still not aware of network disruptions like DDoS attacks and their consequences. This post will be looking into in-depth questions of what is a DDoS attack, its components, and security measures for safeguarding the website. We are also going to mention how to stop DDoS attacks on your website. So,stay tuned!

What Is a DDoS Attack?

Distributed denial of attack (DDOS) is a web attack technique where the cyberpunk sends high traffic from malicious sources to slow down or disrupt a website. The central concept behind DDOS attack meaning relies upon website traffic that overlays the normal limits of the server.
In simple words, it is the same as a flood of bot traffic to the targeted website to slow down the competitors’ servers or victim’s website. It creates server jams and hampered the regular data exchange of a website. This problem increases the bounce rate of genuine customers coming to the web at the same time.

If you want to know benefits of shared hosting , check this article out!

To send unusual traffic to the victim’s website, the hackers need a complete setup of devices. An entire network of computers and LOT devices having the malware is controlled by the attackers. They target ordinary people to install some web applications and access their device for sending this unusual traffic under remote control. Every bot that drives to the website for traffic count affects the typical exchange of data. The IP address of each bot is kept separate to avoid the detection of the source. The website having low-security measures of safeguard is mainly affected by the victims. The hackers have to set up different arrangements for hijacking websites’ quality servers like clouds and VPN hosting.

Suggest you read our article about session hijacking prevention

The evolution of web technology has brought new types of injection tricks to rapture the limits of websites. Some of the standard DDoS attacks can be the following:

It is possible with network appliances like firewalls which render the layers of inaccessible targets. People working with soft security measures can experience much better what is DDoS attack and its consequences.

this attack is based upon a package request that exploits the two computers’ communication sequence. It renders the IP address and avoids the detection of the source.
If you want to know what are the advantages of hybrid cloud , check this article out!

It slows down the victim data exchange rate by sending a lengthy request to the DNS server. It is mostly possible in open DNS websites and by spoofing the location.

The moto of these attacks is to exhaust the resources and target the generated WebPages layer in response to HTTP. These types of attacks are complicated to defend because it sends traffic from legitimate sources.
If you are asking how to protect my wordpress site from hackers , this post can help you!

How To Stop DDoS Attack?

In order to stop DDoS attacks, there are some steps you should take to cut down the effects:

It is possible only if you are running a website on your servers. Early detection of traffic spiking is possible by setting alerting web tools that send a notification at the outrage of regular traffic. The detection of attacks can help to take early action. People running companies can personally hire DDOS leaders to take action as they are experienced in knowing what is DDoS attack and how to stop them.

If you aim to know what does ssl certificate mean , this post can help you!

It is the most recommended factor for standard websites to get rid of web attacks. The user must check the bandwidth limit on their web servers and take action according to problems. It is like a self-help technique that won’t slow down the normal functioning of the website. But, sometimes, websites having the feature of unlimited bandwidth also get affected by this issue. In such cases, the user must rely on the hosting servers’ review to get an idea about bandwidth limitations for quality and security.
in another article we told you all about what does bandwidth mean?

Related: What is cyber security and why is it important

Some changes in technical measures can help to mitigate the attack to some extent. This method is possible for people to control their web security. They can change the perimeter of their router to stop the overwhelming result of DDOS. Another step can be lowering down the control of SYN, UDP, and ICMP, etc. Users can also add filters to drop the malware packages from non-obvious sources.

It is the best way to resolve any type of web attack for beginners. The user must look into customer support before connecting to hosting services. Calling an ISP for help can bring some solutions to emergency problems. The hosting provider can solve the issue by driving the traffic to the null route. It drops the traffic packages before entering into the router of exchange. It becomes challenging for hosting companies to increase the provided bandwidth so; they have a backup plan service of border gateway protocol to fall off the DDOS traffic.

It is the most recommended choice for websites receiving heavy traffic. DDOS mitigation primarily detects which type of attack the website is facing. They also can estimate the future prediction of attacks again on the same server. These specialists have the tools like Black Lotus, which take a few minutes to scribble unusual high traffic to the destination. Big companies can hire this mitigation specialist based on monthly salaries to maintain the website security from DDOS or any other web attacks.

Related: what is sql injection and how to prevent it

It is the easiest and suitable method to stop the malicious activity of web attacks. Setting up a hybrid environment using cloud-based apps can intend the destination of the bot. It helps create the right balance of security on the website and acts as an auto guard for malware. Users who don’t know what is DDoS attack should learn to use the Cloud Leverage features and benefit from genuine visitors.
Suggest you read our article about how much does cloud computing cost

1- What Does DDoS Stand For?

It refers to Distributed Denial of Service. This attack will happen based on the capacity limits of every network resource.

2- How Long Does DDoS Last?

Every DDoS attack usually lasts up to 24 hours and good communication in this while can minimize the damage.

These kinds of attacks are irreversible which means attackers can continue for as long as they want it to persist.

The above information has given you enough questions like what is a distributed denial of service attack and measures to stop them in time. People running websites as a business must be ready for the challenges of web attacks. Improper maintenance of security measures can affect both the economic benefit and user engagements. Web attacks like DDOS are getting common nowadays. Hackers are always in search of finding out the weakness of websites to extract out essential data. Therefore, users must be careful to fall upon such a tangle and be ready with the arrangements to handle such integral circumstances. For more information click here .
965 Views
PrevWhat Is Hybrid Cloud Computing Advantages and Disadvantages?February 24, 2021
Best WordPress Security Plugins 2022 To Protect Your Website!February 27, 2021 Next 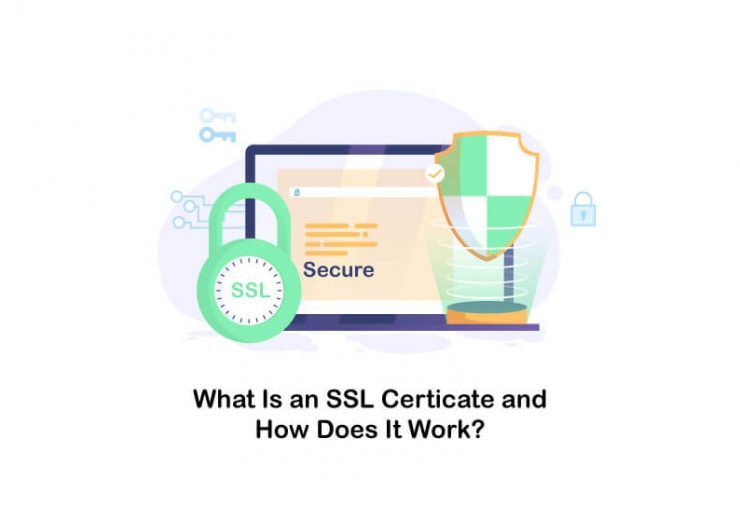 What Is an SSL Certificate for Website and What Is It Used For?

As a website owner, you probably have come across the term “SSL certificate” around... Among different methods used out there to hack websites, SQL injection holds a...